In 1942, Jack Coggins was commissioned by the U.S. Army War Department to produce these training charts for their orientation course. When Jack was inducted into the Army himself, he was rather bemused to see the charts in actual use.

The reverse of both of these charts contains a NEWSMAP; these were produced by the U.S. War Department between April 1942 and December 1945. One standard feature that appears on all maps is a short textual summary of key events titled "The War Fronts", that includes descriptions of war-related events, mostly by geographic area, such as China, Russia, Tunisia, South Pacific, Aleutians, Wake, etc. There are also many photographs - some of them depict Axis soldiers and weapons. Another standard feature is a world map that shows the areas controlled by Axis and United Nations forces, as well as neutral countries. Indiana University has listed all issues of the NEWSMAP here, and the University of North Texas has digitised most issues of the NEWSMAP here.

To view the full size art please click on the thumbnail below. 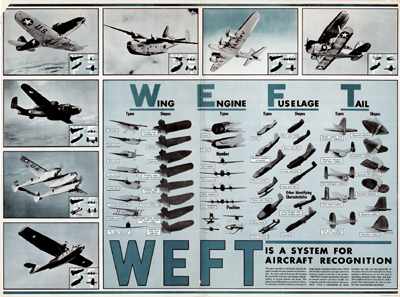 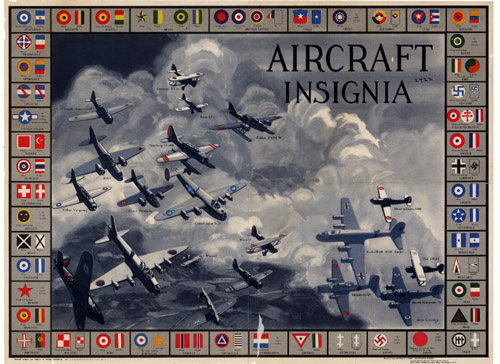