The Magazine of Fantasy and Science Fiction

A few issues of the magazine were published in the United Kingdom and Australia. Some of those magazines used Jack's art on the cover, and I have collected all issues. NASA analyzed two of the cover illustrations on their website, and I have linked to a copy of that also. 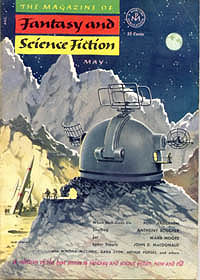 US Issue Vol.5 No.2, August 1953.
NASA analysis of this illustration
Title: Erecting a communications tower on Triton; Uranus in background. 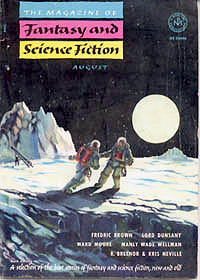 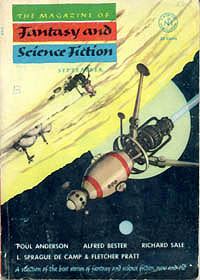 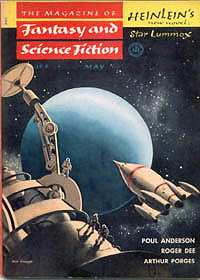