Jack Coggins's art was used on other science fiction magazine covers - shown below are some examples which I have located to date. All of these I have in my collection - I would be very pleased to hear from any visitor with new information. 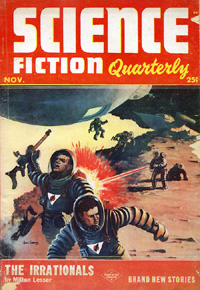 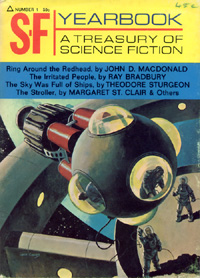 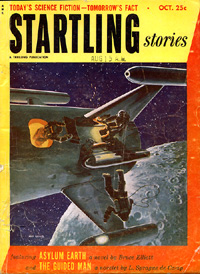 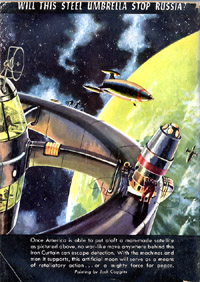 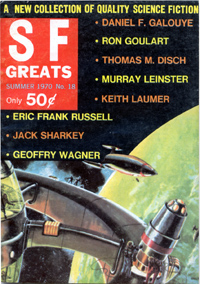 I found this small Australian Science Fiction magazine (image left) issued in 1952 using what is most certainly Jack Coggins cover art, identical to the style of Jack's illustration in By Space Ship to the Moon (1951) (image right). The magazine cover art is signed "Stanley Pitt" - I guess they thought they could get away it in far away Australia during the immediate post war years. Click on the thumbnails for larger images. 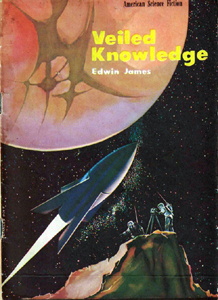 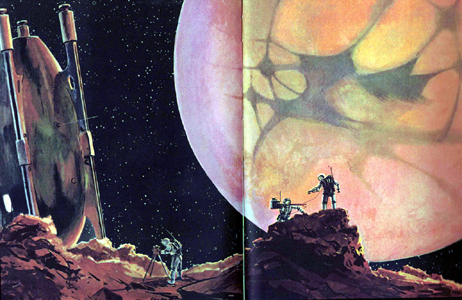 Australian monthly pocketbook magazine, a companion to Selected Science Fiction. 41 issues, May 1952-September 1955, unnumbered and undated 32pp booklets. Published by Malian Press, Sydney; no editor named, but likely to be the publisher, James Mitchell. The word "magazine" was not added to the cover until issue #25 suggesting that this had started as a book series rather than a magazine, and that the publisher had bought book rights rather than serial rights to stories. The "title" (more like a strap-line) American Science Fiction did not appear until issue #4. Each issue ran usually one or two stories, sometimes as many as four, reprinted from US magazines, of quite a good standard, including work by James Blish, Nelson Bond, John W Campbell Jr, Henry Kuttner and Robert A Heinlein. All of the covers were by Stanley Pitt (1925-2002). (Source)