Galaxy Science Fiction was a digest-size science fiction magazine, the creation of noted editor H. L. Gold. Begun as a monthly in October 1950, the magazine varied between monthly, bimonthly and eventually irregularly-issued status at different times during its 30+ year run. In 1980, a single issue (July 1980) was produced in a standard magazine format rather than a digest, but with no newsstand distribution, Galaxy ceased publication that same year. (Information courtesy of Wikipedia).

Many issues of Galaxy were published virtually unchanged in the UK - although out of order and with a different numbering system. These included all those with Jack's cover illustrations - I have been able to acquire copies of all these issues.

A series of 15 Galaxis magazines were published in Germany in 1958-59. I have acquired a copy of no. 6, with Jack's illustration (credited) from the September 1956 US issue on the cover. These issues were approved by the US publisher of Galaxy and contained similar stories translated into German.


To view the full size art please click on the thumbnail or the hyperlink. 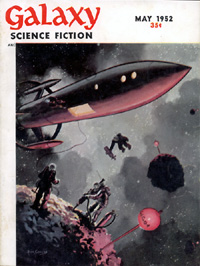 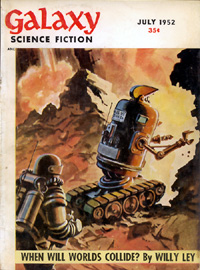 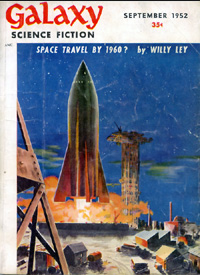 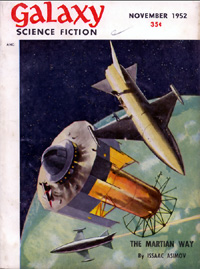 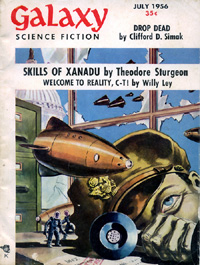 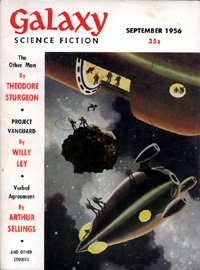 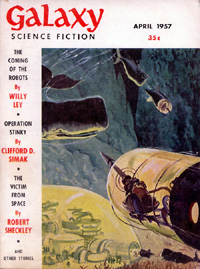 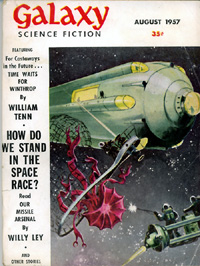 German issue - No. 6 of a set of 15
Published by Pabel-Moewig Verlag KG,
July/August 1958.
Title: Einholen eines Asterioden (Hauling an Asteroid). 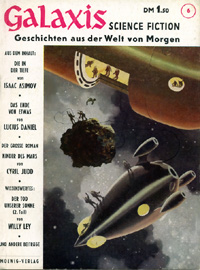 French Issue, 1ère série, No. 37 of a set of 65
Published by Editions Nuit et Jour,
December 1956.
Title: from Hauling an Asteroid (uncredited).
Information about these magazines. 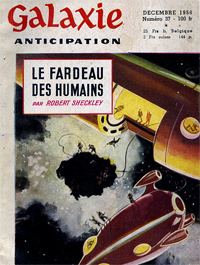