Jack Coggins's marine art was used on Yachting magazine covers and articles during the 1940s and early 1950s. Shown below are the magazines which I have located to date but I would be very pleased to hear from any visitor with new information.

Yachting is a monthly English-language magazine continuously published since 1907, featuring articles on sailing and powerboating. Most of the editorial content covers new marine products and developments, a calendar of races and lists of yacht brokerages. It is currently published by Bonnier Corporation. 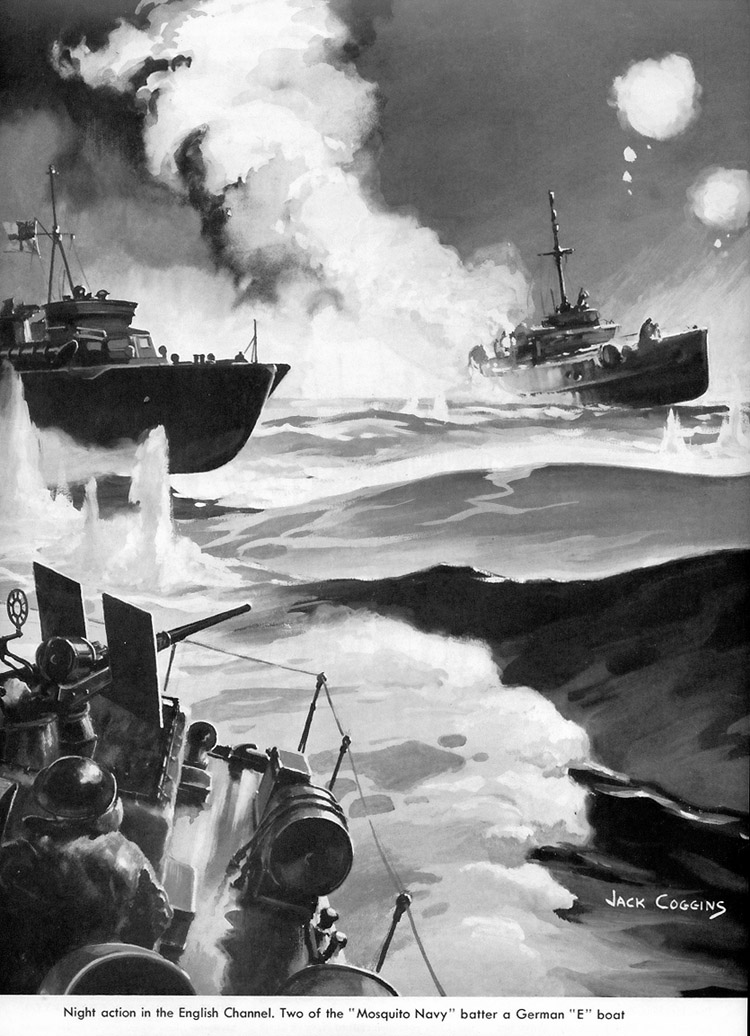 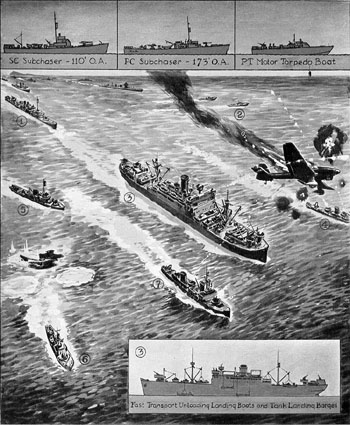 World War II has written a new and colorful chapter in the history of naval warfare, and the part played by small warcraft has been prominent. Here are imagined two incidents in the amphibious attack on North Africa. The complete story cannot be told until after the war's conclusion, but official communiqués have confirmed the use of mine sweepers, motor torpedo boats, sub-chasers, landing craft and various types of assault boats in this dramatic operation. At the left, the reader sees a section of a fast convoy outward bound from Gibraltar. On the right is portrayed the action shortly after that convoy reached its destination off the North African coast. Drawings by Jack Coggins. Index to Drawing: Left hand page: (1) Flush deck destroyer serving as fast transport and carrying landing boats; (2) PT motor torpedo boats; (3) fast transport (converted liner) carrying boats and small tank landing barges; (4) mine sweeper; (5) SC 110' sub-chaser; (6) PC 173' sub-chaser; (7) mine sweeper. Right hand page: Landing operations under cover of large and small escort ships as well as aircraft. 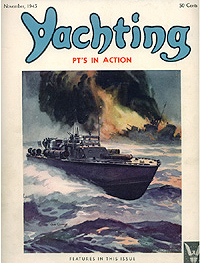 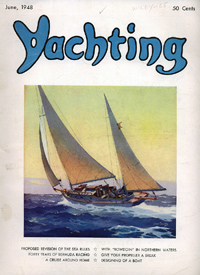 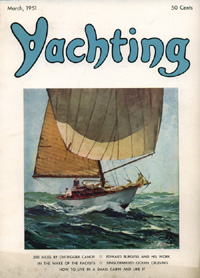 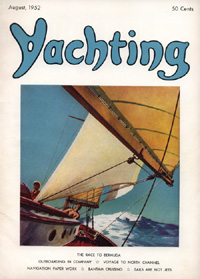