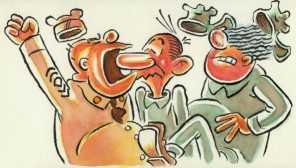 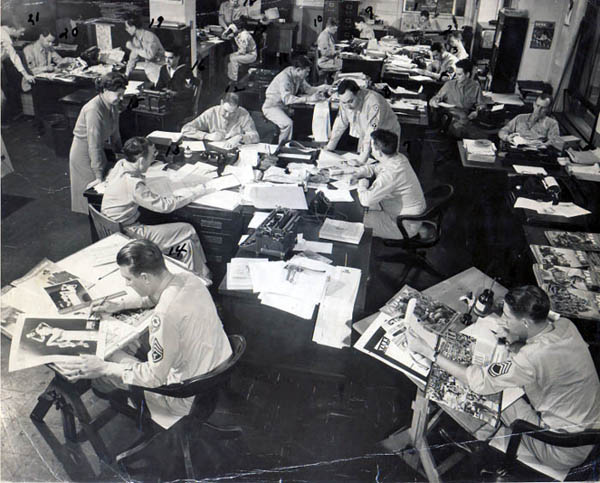 On the left is a photograph of the YANK editorial staff in the cramped office on 19 September 1944 (alas, long after Jack's departure). The photograph includes George Baker at his desk right at the back of the room.

According to www.skylighters.org ... "YANK, The Army Weekly, which published editions in every major theater of combat during World War II (and divided them still further: European, British, Mediterranean, Pacific, and Chine-Burma-India), was - along with the Stars and Stripes - a staple of GI reading material. It was written "by the men ... for the men in the service." The magazine was founded in May 1942 by the War Department's Army Service Forces with a unique mission: to distribute an Army newspaper that would be read by enlisted men and that would be staffed, written, and edited completely by enlisted men. Candid Army coverage, news from home, cartoons, and glamour-girl pinups made the magazine indispensable to GIs overseas."

According to Dave Richardson, writer for Combat Camera, ... "No publication had more readers among the 10 million members of the U.S. armed forces than YANK. And for good reason, because for the first time in military history enlisted men and women had in YANK a publication of their own, with all the reporting, writing, and editing done entirely by themselves (Stars and Stripes had commissioned officers on its editorial staff as well as GIs, and used civilian wire agencies)."

Click here for a fuller review of YANK in PDF format by Earl Rickard.

Click here to read the Wikipedia entry for YANK magazine. 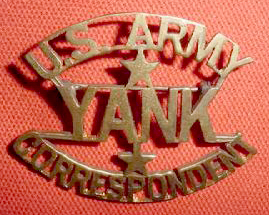 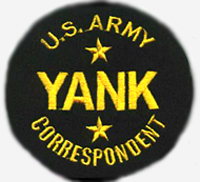